The attached is from the quarterly book that was published in January - March 2005
Fire Police
Fire Police
We all know what firefighters do but what is and what does Fire Police do? Who are they and would you like to become one?

Fire Police in Pennsylvania are Volunteer Fire Company members, sworn in by the Mayor or Borough Council President, Township supervisor or the local District Justice of the Peace. They come under direct control of the Local Police or State Police (if no local dept is available). The first Fire Police officers in the Commonwealth of Pennsylvania were appointed in Meadville, Crawford County in 1896. These first Fire Police officers had no authority other than that which could be provided by their fire company and the municipality in which they served. No legal recognition or authority was granted to Special Fire Police officers in the Commonwealth of PA until 1941.

The Commonwealth of PA in June 1941 passed a law (Title 35) enabling Special Fire Police Officers to have the necessary police power to provide protection. Fire Police were legally created to act in emergency situations and then only when their fire department was involved.

Title 35 was amended in 1949, 1959 and again in 1980. (Act 74, 388, 209, 122) These changes widened the scope of authority of the Fire Police. In 1949 the law was amended (Act 388) to give Fire Police power to act without fire company involvement, providing a request to do so was made by the municipality. In 1959 (Act 209) the law was again amended to allow Fire Police to use their police powers in any (non-emergency) public function conducted by or under the auspices of any volunteer fire company. Such services were contingent upon a request by the municipality. The provision for municipal request for such services, when the fire company was involved, was later removed from the law.

The provision to allow Fire Police to use their police power in non-emergency events was later amended to authorize these officers to provide police services for organizations other than a volunteer fire company. For Fire Police to perform this type of duty a request was and is, required. In 1980 (Act 122 - current law), the Fire Police Act was amended to, among other things, make it clear that the act does not grant the right or power to use firearms or other weapons in the course of an officer's duty.

These amendments widened the scope of authority of Fire Police in Pennsylvania to have limited police powers. Although they have no authority to make arrests, they do have the right to detain someone, within reason.

Fire Police may control the flow of traffic to ensure emergency vehicles have a quick, safe entrance and egress to an incident. They may halt traffic or detour traffic because of the situation and the dangers involved. They take orders from the police authority in charge.

All Fire Police Officers are sworn officers of the law and when on duty shall display a badge of authority and shall be subject to control of the chief of police of the city, borough, town or township in which they are serving, or if none, of a member of the Pennsylvania State Police. Disobeying a Fire Police Officer is the same as disobeying a Police Officer, Sheriff's Deputy, State Constable or State Trooper and assaulting one is a felony.

From Wikipedia, the free encyclopedia - May 2007

Now you know what Fire Police do and if you don't want to become a firefighter stop in and see about joining us. Training is provided. 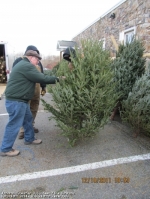 This site has been viewed 235,791 times.
Calls
News
Events
Pictures
Apparatus
Maintained by the members and staff of Jackson Township Volunteer Fire Company. Designated trademarks and brands are the property of their respective owners. Copyright © 2006-2022. YourFirstDue Inc. All Rights Reserved. Content on this web site is supplied by Jackson Township Volunteer Fire Company. YourFirstDue Inc. cannot be held responsible or liable for any content, text, pictures, or any other media found on this web site.
Management login
Powered by